Once, in grad school, a friend and I had planned to go out for a beer. He met me at my apartment and we went to the bar across the street, but first I had to finish a paragraph in a story I was writing. When I told him this, he was taken aback: “You can write at night?” he said.

“I can write any time. Especially if I’m inspired.”

“I can only write in the morning,” he said. “And even then it’s a struggle.” Or something like that.

So I finished the paragraph and we got our drinks and we talked some more about our writing processes. He was a very structured writer who liked to research his work extensively and used very specific ideas and themes to jump-start his stories. He took joy in having finished writing, but not necessarily the writing itself – a position that all writers find themselves in at least some of the time. But I found it interesting that he had such strong ideas about when he could and couldn’t write. At the time, I found myself writing whenever I had a free moment; grad school provided masses of inspiration and time frames in which to complete stories.

Nowadays, however, I relate to my friend. It’s hard to step out of whatever you’re doing and into the world of your fiction. And lately, I’ve been doing a lot. Blogging, sewing, going to estate sales, listing things on Etsy, drawing, baking, entertaining, shopping, cleaning, exercising – and all that jammed into whatever crannies of time I can find in a full day of caring for my kids. I’d love to add writing fiction to that pile more regularly, but it’s markedly more difficult than any of the items listed above, even the more creative ones. It requires a certain head space. It requires discipline. It requires you to use your brain.

But I’ve been thinking lately about the time I have to write. Mostly I write in my shed, but I could work on the desktop in the house; I blog there quite often. And blogging is writing – it’s just not as creative and, since I don’t have to get into character, it’s easier to jump in and out of.

But enough with the excuses. I’m going to start fitting it in, even if only in five-minute bursts.

Kids are playing loudly but nobody’s killing each other?
Five-minute burst.

Kids didn’t notice you went to the bathroom and you’re actually alone on the throne?
Five-minute burst.

See what I mean? It’s totally doable, and I’m going to start doing it.

Of course, I usually use these time slots to clean a bathroom, sew a seam, start dinner, et cetera. There will be some negotiation involved. But it’s not impossible. And the bathrooms look fine. And I can use my slow cooker more often. So I’ll figure it out.

This post was originally published on the Sensitive, Bookish Type. 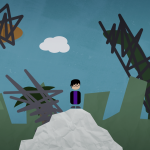 Making time to write: the magic of ugly placeholder sentences 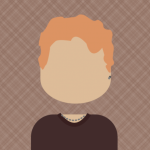