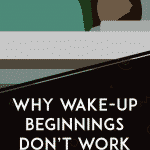 The story begins with our hero Lucy opening her eyes and rolling out of bed. Or, perhaps, pulling the covers up over her face and refusing to leave, until the taste of her own morning breath becomes too much to take. Either way, this type of beginning is almost universally reviled, on par with the dreaded said-isms and mirror descriptions. But why does everyone hate it so much?

There are a limited number of things that a person can do when they wake up. Most people look roughly the same when they’re rallying their strength to face the day. In spite of the old adage about believing six impossible things before breakfast, the number of people who do remarkable things prior drinking their morning coffee is surprisingly low. So the first strike against it is that it provides very little information about the character.

2) Most people do not have interesting morning routines

Unless the world is so alien that readers need a scene to watch the main character clean her proboscis and bully her sentient hair into something remotely fashionable in order to orient themselves (and even then, they probably don’t), it’s probably nothing we haven’t seen before. It’s also fairly rare for the inciting incident to happen while the hero is brushing their teeth. The alternative — not getting out of bed — tends to be a trap that leads to an unchecked internal monologue since there’s nothing to do beneath the covers besides contemplate the day ahead or wax philosophical about last night’s dreams. In essence, the wake up beginning results in a bland entrance that catapults the character into a low stakes scene. Strike two.

3) It stalls the plot

Additionally, by clogging the beginning of the story with fluff, the plot has been stalled. This takes up the space where interesting things can happen. It also means that readers are being asked to slog through pages in which nothing of importance happens before giving them a good reason to invest in your story. Strike three.

If anyone needed a fourth reason, it’s a cliche. Not everything in your story needs to be 100% original – fiction isn’t created in a vacuum and truly original ideas are incredibly rare – but starting your story with something that has been done so many times means that from the beginning, the story doesn’t stand out. Wake-up beginnings aren’t distinctive. The first few pages are supposed to convince readers that your story is worth committing to. You can’t afford to start with something unmemorable.

An excellent example of how this is a weak opening is Brandon Sanderson’s Elantris. The book opens with a gripping first sentence followed by nine paragraphs of Prince Raoden sitting in bed, musing about how hungry he is and wondering when breakfast is going to arrive. Fortunately, the inciting incident comes soon after, but let me repeat. The first nine paragraphs of the story are about a dude who wants breakfast. Later on it comes out that he is a kind, optimistic soul with a gift for bringing hope and purpose to everyone he interacts with. Even though his goodness isn’t meant to be a mystery, it takes readers a long time to learn any of this. Meanwhile, his entrance does not pull its weight and teaches the reader nothing about him.

There are two reasons why Brandon Sanderson gets away with this and still gets his book published. The first is because he uses the first sentence to tip off the reader that something bad is about to happen, and after nine paragraphs of blah, he does deliver. The second reason is because he’s Brandon Sanderson and he has the writing chops to carry off a weak beginning, or at least to recover from it later on. The moral of the story is that wake up openers are almost never strong beginnings. However, if you consider yourself on par with a prolific, bestselling fantasy writer, you might be able to run damage control before people put your book down.

Going the opposite direction

So does that mean you should start your story with a fight scene instead, being the opposite of rolling out of bed?

Well, no. Fight scenes are definitely a step above showing everyone your main character’s morning routine, but there are still a lot of ways that these go wrong. On the very first page of the story, there hasn’t been any time to establish who your characters are or what they’re fighting about. This means that if you plan to do this well, you need to establish what’s at stake quickly, especially if the fight goes on for more than a page or two. It helps to have a clear POV character here, so that even if there isn’t enough information to tell who the good guy is, readers know whose side they’re supposed to be on.

Starting with a fight also means that after the action ends, you have to find a way to make things even more tense as a hook into the next chapter. After the immediate threat goes away, there needs to be something else interesting that makes people want to keep reading. If the battle isn’t the inciting incident and doesn’t lead directly into the plot, something else has to, and quickly. A fight scene opener suggests that the story is fast paced and full of action, and sets up an expectation on the reader’s end. It’s a hard sell to move from a fight scene into a slow opener.

This article was originally published on Writing Radically. 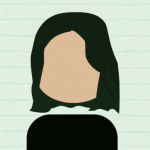